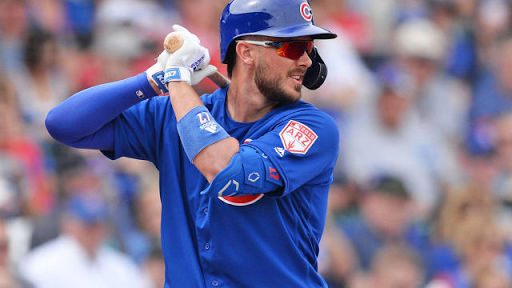 How quickly things change in the fantasy baseball world.  It seems like just yesterday that we are all fighting over one another to get any shares we could of Chicago Cubs third baseman Kris Bryant and that goes back to even before he played his first game in the majors. The number two pick of the 2013 draft, Bryant was blessed with supreme power and speed to go with a bat tailor-made to hit .300 on a yearly basis.  That potential began to flow out all over the place once Bryant did in fact debut in 2015 and by the very next season, was hitting .292 with 39 homers, 121 runs scored, 102 RBI, and 8 steals to stamp himself a top five fantasy baseball monster.

Fast forward to present day and not only is Bryant unhappy and wanting out of Chicago, he has now put forth two ugly seasons out of the last three; which include 2020 when batted a career-worst .206 with all of 4 homers and zero steals in 34 games.  Ill health has been a theme during that three-year span for Bryant which no doubt has contributed to the numbers dip but an uptick in strikeouts has also been a cause.  Add in the personal distractions he is causing himself for wanting out of Chicago and Bryant has the least amount of fantasy baseball pop going into a season than ever before.

Before we proceed further, let's all take a collective big breath.  It needs to be said that Bryant is still only 29 and that in the last full non-COVID MLB season, he swatted 31 home runs with 108 runs scored, 77 RBI, and a .282 average.  Now the steals are likely almost gone for good as he has in fact reached an age where speed declines (just 6 total swiped the last three seasons) but this is just a tiny quibble.  Instead, focus in on the fact Bryant's power is just fine and he remains fully capable of posting a useful batting average over .280 as well.  Ultimately, Bryant may still feel some stress given his pending free agency and the solid possibility he will be on the move but that could be a good thing if he ends up in a hitting paradise like in New York with the Yankees or Toronto.

All in all, Kris Bryant actually presents good value for 2021 fantasy baseball whose rough 2021 campaign will lessen the hype to the point he could be a steal.  There is some "search for the next big thing" with Bryant now that he has moved past the prospect stage but again this is a proven power-hitter who can help in four categories while remaining in his prime.