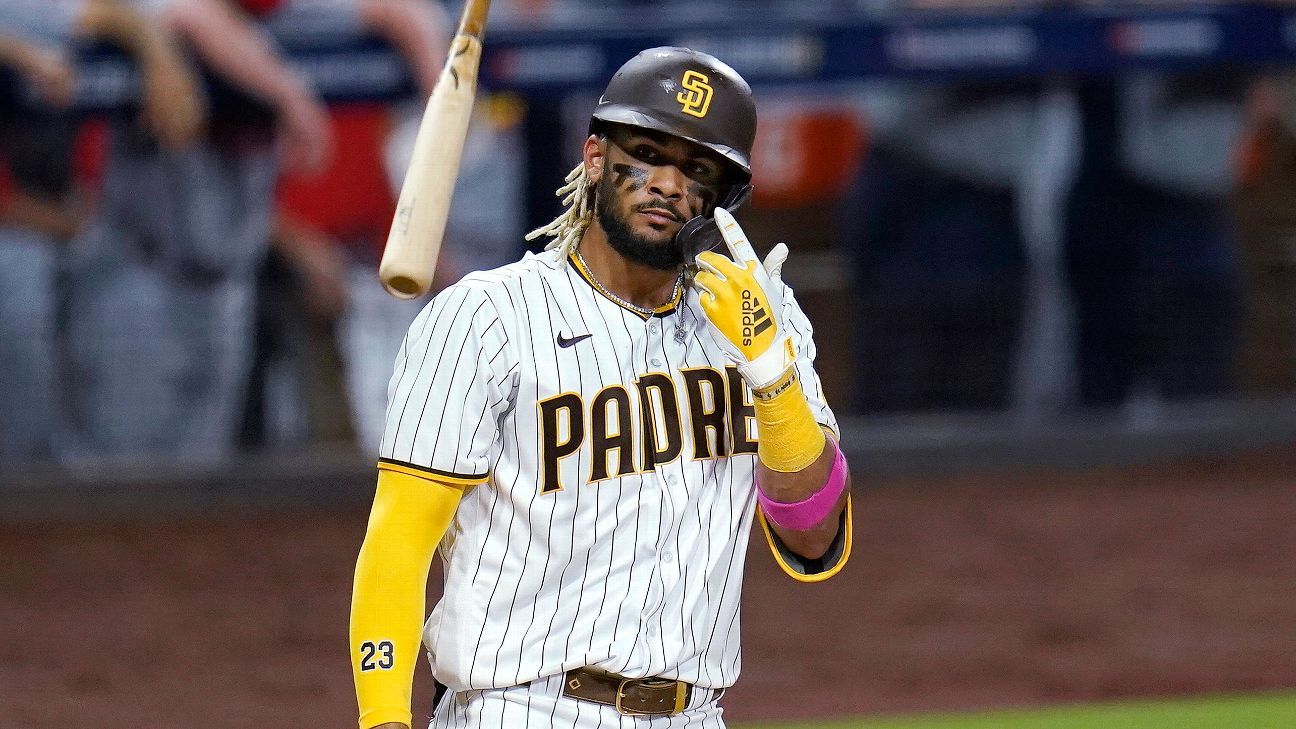 Don't overthink it.  Don't even debate it.  San Diego Padres shortstop Fernando Tatis Jr. is the number 1 player for 2021 fantasy baseball and he should be picked at the top of all drafts this spring that he is eligible in.  So while recent bias may lean with Los Angeles Angels outfielder Mike Trout or maybe Christian Yelich gets some love due to fresh memories of 2019, Tatis Jr. is the guy in our book as we will explain.

First, it has been instant success for Tatis Jr. since arriving on the scene in 2019 and the fact he literally became a star overnight is even more impressive considering how hyped he was coming up the minor league ladder.  Blessed with the ability to run like the wind and hit the ball a mile, Tatis Jr. had prospective fantasy baseball players drooling with anticipation about what he could end up producing with the Padres. Coming up at the age of 20 in 2019, Tatis went out and cracked 22 home runs, stole 16 bases, and batted an unexpectedly good .317 in 84 games before injuries interrupted the fun.  The average like we said was surprising since Tatis was a high strikeout guy in the minors and the assumption was that the his average would sink as a result of that struggle.  So while Tatis Jr. did strike out a bunch (29.6 K/9) as a rookie, he offset the possible damage some with a 8.1 BB/9/.  In addition, guys with blazing speed like Tatis Jr. often can beat the BABIP curve and his insane .410 mark there more than more this out.

Fast forward to 2020 and despite the tiny season, Tatis Jr. kept the statistical train going as he posted the following in 59 games:

Once again, Tatis Jr. was a monster and his numbers extrapolated over a full season would have been insane.  Perhaps the most exciting part of this however is the fact Tatis Jr.'s K/9 rate dropped to 23.7 which is actually league average and showed the rapid development in his approach.  If Tatis Jr. can keep that mark going, a .300 average with his speed is a given and when combined with the crazy numbers in the other four categories, you can see why the kid should be the top pick in all fantasy baseball leagues this spring.  Power/speed guys like Tatis Jr. are as valuable as it gets in fantasy baseball and so again there is no debating he should be the top guy.  With Trout no longer swiping bags and Yelich reaching the age he will likely decline there as well, be sure you don't overthink this.